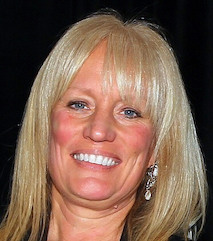 KIMBERLY E. WINTER, Esq. has been a member of the firm since 2018. Prior to that she was a partner in the law firm of White, Freeman & Winter, LLP in Weston after coming to that firm from Sugarman & Sugarman, PC in Boston. Kim concentrates her practice in healthcare law and civil litigation- primarily medical malpractice and other types of serious injuries caused by negligence.

Kim is a graduate of Wheaton College (Illinois), Northwestern University and Suffolk University Law School. Kim is also a Registered Nurse with a current specialty certification is Neonatal Intensive Care. Kim is Past President of the Massachusetts Academy of Trial Attorneys and a current member of their Board of Governors. Kim is also on the Emeritus Board of Directors of the Women’s Bar Association and is an active member of the Massachusetts Bar Association (former chair of the Health Law Section Council and a member and past chair of the Lawyer Referral Service Committee).

Kim has been named a Massachusetts Super Lawyer in Boston magazine yearly since 2005. In 2012 Kim was honored by Massachusetts Lawyer’s Weekly as one of the “Top Women of Law” in the state and, in 2014, was honored again by Lawyer’s Weekly by induction into the “Circle of Excellence”. Kim presently serves as a Hearing Officer for the Board of Bar Overseers . She lectures frequently on liability issues affecting health care professionals and has lectured and authored material for numerous educational programs and publications related to civil practice in her area of concentration. Kim believes strongly in forming a bond with her clients and in vigorously and zealously representing their interests in the litigation process.